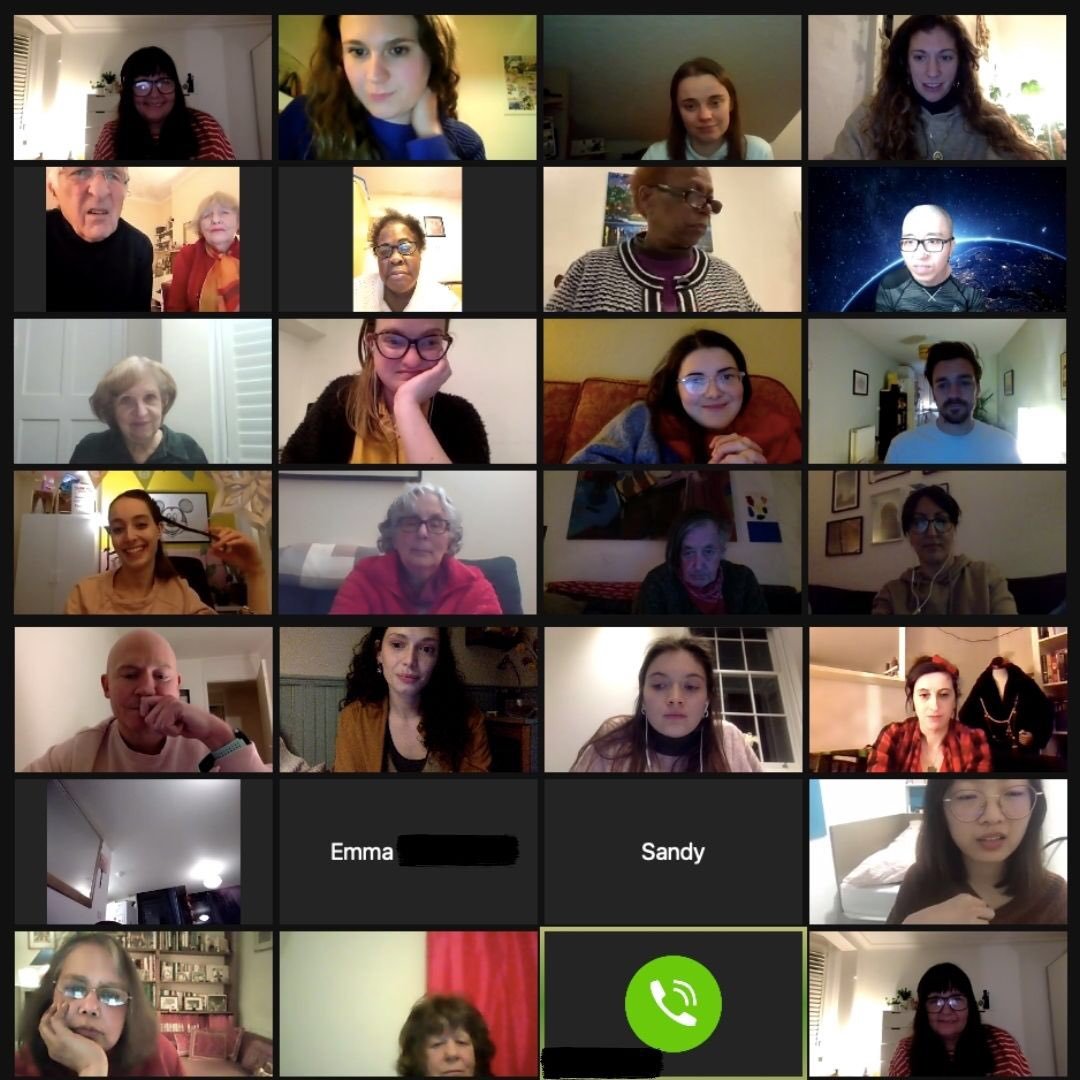 There's no end to the experience, humour, love and style that our older and younger neighbours bring to each and every single social club and we absolutely love it when they take centre stage. We have been blown away by the talent, knowledge and kindness that our neighbours have shown each other and we can't wait for our next neighbour-led club!

In this blog, we wanted to highlight the incredible contribution made by the neighbours to our Social Clubs programme, and feature some fantastic neighbour-led clubs that we’ve been treated to over the last 18 months.

Mengran moved to London from China in September 2019 to begin her degree, coming along to her NLC induction in the November of that year and her first social club later that month. Since then she's become a massive part of the family.

Mengran's lunar New Year club was incredibly popular and was a perfect mix of information, interaction and lots of fun.

"At the end of the club I really felt all the preparations were worthwhile," Mengran told us, " So many of the neighbours said Happy New Year or Goodbye to me in Chinese, it was such a warm and happy ending of 2020 for me! My favourite part of the club was the neighbours asking me to find their zodiac animal, I could tell that they were really interested."

As well as studying for her degree and preparing for the new year club Mengran has been a regular attendee at the phone clubs.

Norma has been coming to social clubs since 2016. An ever-popular presence, Norma is always a font of knowledge and is involved in a lot of community activities. During the various lockdowns, Norma kept herself busy by learning the ukulele and offered to run a session telling us all about her journey to becoming a ukulele maestro, something we definitely weren't going to refuse! 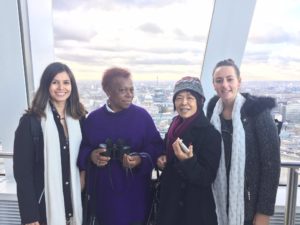 "I must confess I was a bit nervous before the club," said Norma "I'm actually pretty quiet and I wondered whether this would be something I would be able to do. When I started the club I was really pleased to see so many nice people and they were so supportive and positive!

"For me, playing the ukulele has been like my five a day because it looks after my mental, physical, spiritual, emotional and social health and it always makes me feel better"

Norma even treated us to an exclusive performance of "Bring me Sunshine" at the end of the club that blew everybody away and saw her get a rapturous response.

"Oh the song, I was very scared about that! When I started though it seemed a lot less daunting as I just concentrated on playing the chords and singing. It seemed to bring smiles to everybody's face!" 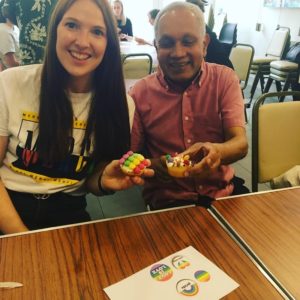 Sarath first attended a club in August 2017 and regularly travelled from Walthamstow to events in Camden and Islington. The pandemic has meant a shift to zoom but hasn't stopped him from being a friendly and positive presence at so many of the North and East London Cares digital clubs.

Sarath kept a huge audience of older and younger neighbours enthralled with a mixture of stories, facts and tourist tips about his home country of Sri Lanka. Despite initially not feeling comfortable presenting over zoom, Sarath recruited his good friend Prabath to help him create some PowerPoint slides and didn't look back.

"I was a bit concerned because I'd never run zooms before but I really enjoyed it! I loved seeing how interested everybody was and how many questions they had about Sri Lanka, it was great. I've really enjoyed these clubs hearing about different places and cultures. There was a wonderful club run by a younger neighbour all about Mongolia, it was fascinating."

Safia came along to her first NLC club in 2019 and in April she had older and younger neighbours captivated for an hour as she talked about her Egyptian and Sudanese heritage and also gave an introduction to Arabic. Safia spoke passionately about her experiences and showed the neighbours some enthralling videos of young Sudanese people exploring heritage sites and encouraging other young people to get involved.

Safia said, "I really enjoyed running the club and the discussions I had with the group!"

And last, but certainly not least, Viv ensured that the neighbours felt revitalised in body, mind and soul when she treated us all to a wellness hour. Drawing on her own experiences Viv led us in some guided mindfulness exercises and also shared some of her tips for relaxing when it felt like everything was getting a bit too much. Everyone really enjoyed the club and felt safe to share their own experiences with stress and anxiety, a reflection on how hard Viv worked to create such a supportive and friendly atmosphere.

We pride ourselves on getting to know our neighbours and working with them to deliver a programme of events that appeals to such a unique, diverse and fascinating group of people. With plenty of neighbour-led events in the pipeline, the future is looking bright for North London Cares. Come along and join the fun!