Mark Kermode, Jonathon Ross, Claudia Winkleman and now NLC’s Lilian Pannell – the new film reviewer for BBC1! This week Lil returned to The One Show, after her hilarious appearance on the programme last year, and didn’t disappoint!

Lil is a familiar face at lots of North London Cares events, having lost her partner 11 years ago. Whether it’s choosing her dream team at our Arsenal Club or teaching volunteers to crochet, she’s never afraid to get stuck in – demonstrated weekly at our Tuesday Film Nights! You can’t miss Lil – she’s the one laughing, crying and heckling the actors throughout, so it’s no surprise The One Show recognised her brilliance!

Last year the popular BBC programme invited Lil on the show to chat about the NLC events she attends, thanks, in part, to funding from Comic Relief. With the co-founder, Richard Curtis, sitting alongside Lil, talk soon turned to the film clubs we host and the famous director’s movies. What came next, no one could have predicted (well they do say honesty is the best policy!)

One year on, Richard Curtis returned to The One Show to promote his latest DVD but he wasn’t the only one invited back…

In support of Lil, Fred, Joan, Barbara and Andrea, the film group, which meets every Tuesday, took a break from watching their movie to tune into The One Show and watch the piece go out live. It was a great moment for all the volunteers and members, who cheered and clapped our five roving reporters. We couldn’t have been more proud. 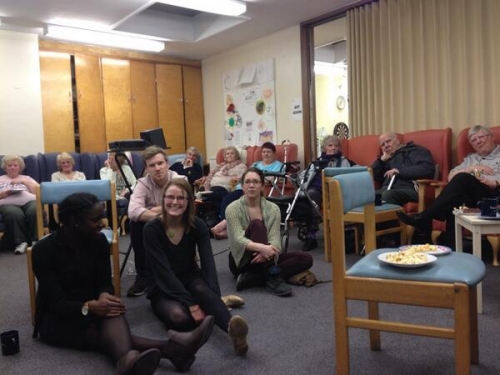 You may be surprised, but for the record, Richard, Lil wants one more film so back to directing you go! 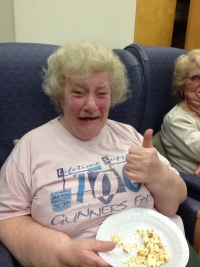