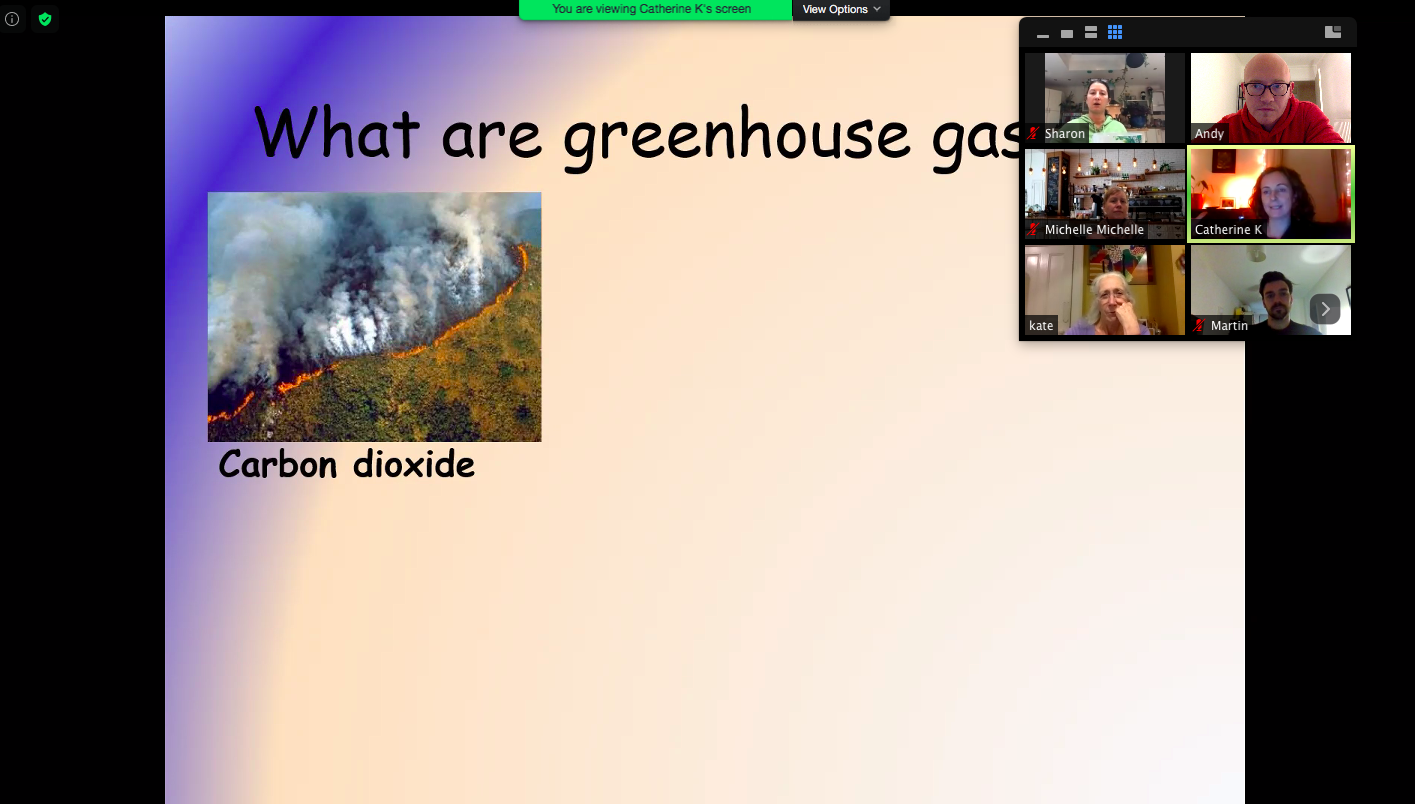 Older and younger neighbours were joined by brilliant guests at three clubs focussing on environmental issues as part of "Green January". With the worry and stress of the pandemic constantly in our thoughts it can be tempting to focus on lighter clubs that bring some much needed relief in these difficult times. However, we also want to bring important issues to the forefront and there aren't many more pressing issues than the climate crisis that threatens the future of our wonderful planet.

Our first "Green January" club saw younger neighbour and scientist Catherine join us for a presentation on climate change that was both parts fascinating and terrifying. Catherine had presented her experiences with Extinction Rebellion to our neighbours in Kentish Town before the lockdown. This time she was talking to us over zoom but it didn't lessen the passion and power of her message that we are rapidly running out of time.

"There's no getting away from it, with our current rate of consumption and energy use the earth's future looks bleak. Sometimes the temptation when faced with such scary news is for your brain to go into survival mode and deny that climate change exists! That's why talking to my friends at NLC about this has been so positive, knowing that my community are as worried about what's happening and as committed to change as I am has given me a little bit of hope. One of my favourite moments was speaking to an older neighbour who is a good friend of mine after the session. He had told me beforehand that he was pretty sceptical about climate change but said that I'd convinced him this was a serious problem."

Older neighbour Kate attended two of the Green January sessions and was really impressed with them.

"I thought they were so informative. One of the things that impressed me the most was how many people of my generation are so aware of climate change and what's happening. There's a misconception of older people not being aware of whats happening to the planet or interested in it but I really don't think that's the case. I've been to demonstrations, I think we all need to do our bit or nothings going to change. That's the beauty of North London Cares, younger and older people working to make things better." 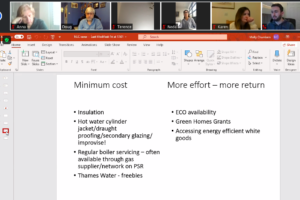 From Doug's suggestion of turning off devices rather than leaving them on standby to Karen's tip of setting timers to remind you how long heating had been on for, there were some very helpful suggestions. By the end of the session neighbours were pledging to change the way they were doing daily activities to see if they could make a difference.

Younger neighbour Neda enjoyed the Energy saving session and was keen to put her pledge to use when it came to her routine of popping on a cuppa.

"Since the session I've finally got round to descaling my kettle and I'm also making an effort to only use the amount of water for the cups I am planning to make. I think im pretty good but we can always do more! I really enjoyed the session because it was so interactive and was nice to share ideas with my neighbours." 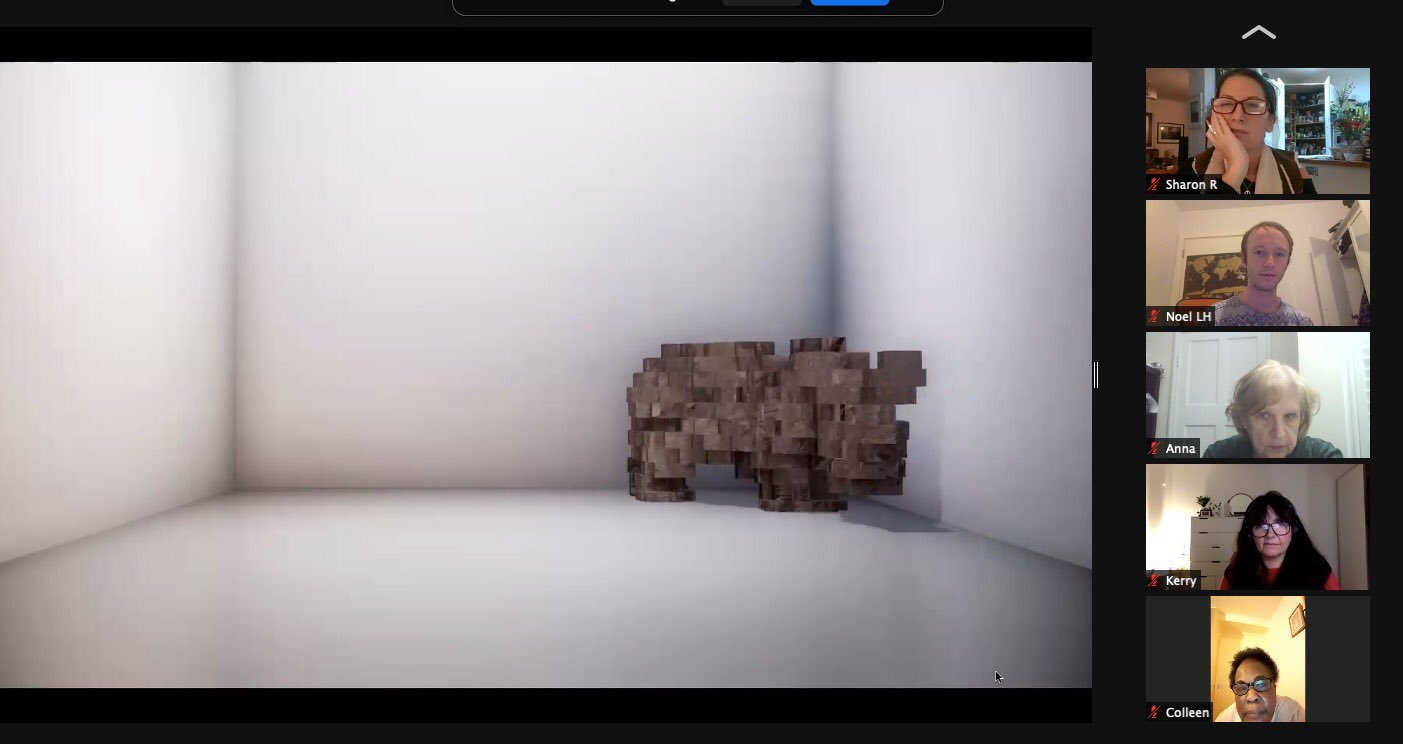 Last, but certainly not least, the neighbours were encouraged to explore their thoughts at a philosophy club run by the brilliant Jake Garfield. Jake ran his first club for us last year at which he looked at the relationship between fiction and reality and asked the neighbours to explore their own feelings on the subject. The club was a massive success and we were delighted when Jake agreed to run another session with an environmental slant for Green January.

"The first session was so fun to run and the neighbours gave really original and thoughtful responses." said Jake " For the Green January theme I ran a club called "Eco Visionaries". The title is taken from an exhibition of that name at the Royal Academy, at which I ran enquiry based tours. I was able to draw on one of those artworks, Alexandra Daisy Ginsberg’s ’The Substitute’ - as a stimulus for discussion. The video piece shows an AI rendering of Sudan, the last male norther white rhino within a sterile white environment. The neighbours responded to the making process, the effect of sound in the piece and ideas around extinction.

Feedback from the three sessions was unanimously positive and it was heartening to see that even in such a time of turmoil and personal discomfort, the neighbours were able to come together and talk about ways that we can make changes for the better.

We are looking forward to taking what we've learnt and using it to drastically change the negative impact that our daily habits can have on the world. We want North London Cares and the rest of the planet to be around for a long, long, long time!