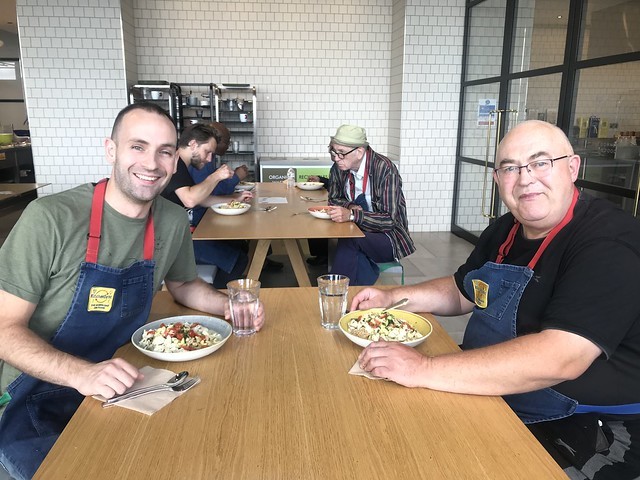 What was the first North London Cares event that you attended?

That's going back a bit! It was a film night at the Hilldrop community centre, I'm a regular at the hill drop as I practice with my ukulele band there. I'd seen a sign for the North London Cares night so I thought I would come and see what it was all about. I remember getting a really warm welcome and being impressed by that. The film? I think it was something to do with the Australian outback!

What has been your favourite experience with North London Cares so far?

There have been a few. I've been attending the mens cooking sessions for a couple of years now and last year we had the chance to visit google as a group and cook a meal with the chefs that work there. It was incredible and the trip finished out on their roof deck looking out over Kings Cross, that was something I wont forget.

I also really enjoy performing at some of the events at the Kentish Town social club, its always a really friendly crowd which helps at a gig! I played the last Glastonbury festival party there, it was a lot of fun! 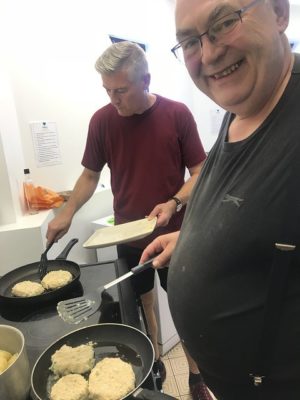 What advice would you give to a new neighbour attending their first club?

I would say definitely come along! There's always a nice mix of different people to talk to and the events are really well run. I often mention North London Cares to people I see out and about in Kentish Town. There's so many people waiting to meet you, just come and say hello.

Where do you go in Camden or Islington to feel happy?

I like to go to Caledonian Park, which used to be known as the market. It's a really nice place to have a sit and a think, very peaceful.