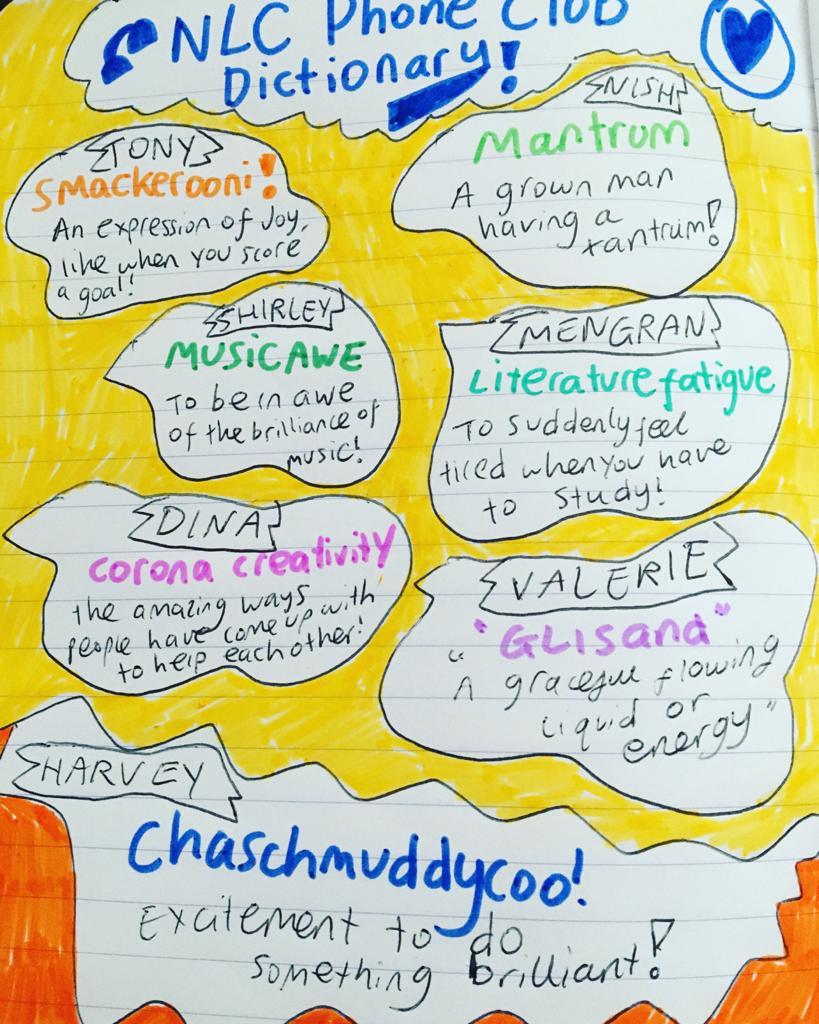 For the last four months, some of our older and younger neighbours have had only one thing on their minds when it comes to Tuesday or Thursday afternoons - getting that cuppa brewed before it's 2.30pm and time for another Phone-In club!

Having launched our free Phone-In clubs at the beginning of May, after noting how many of neighbours were unable to get online, but could take part in activities using a phone, our Phone-In clubs kicked off with a small group having a lovely chat about positive things that had happened over the lockdown. Since then, our Phone-In clubs have gone from strength to strength, recently seeing twelve neighbours dial in for a chat about the best advice they'd ever been given. That said, we'd always welcome more to the party!

In the space of four months neighbours like Valerie, Chiara, Mengran, Harvey, Meredith, Nish and Cheryl have become firm friends, despite never having met in person. With the topic of conversation always so varied, the friends have never been short of things to talk about. The clubs are also no stranger to veering off topic, something that is actively encouraged! 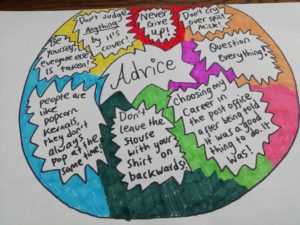 Mengran, who was a regular neighbour at our Wednesday Kentish Town social club, has been coming to the Phone-In club since it started in May.

"The club has given us the opportunity to socialise... during the pandemic this has been very meaningful for me as it's made me feel connected with the outside world instead of feeling stuck in my flat."

Valerie used to enjoy attending work place visits and our gizmos and gadget clubs, but she can now be found discussing her love of painting with her new friends at Phone-In clubs. Valerie has also found that the broad topics of conversation have caused her to change her opinion on certain things.

"I like the way there are so many different types of people all sharing their hopes, dreams and opinions. It's really made me think a bit more about how other people see the world due to their experiences. I think that's very important. It's been a life line for me as I can't do anything I used to do at the moment." 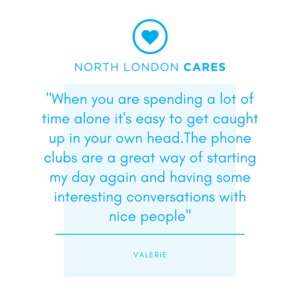 While the conversation at the clubs is upbeat, the topic often turns to how everybody is feeling in the moment. For both older neighbours, younger neighbours and staff members, the club can often be some much needed respite from the strain lockdown can put on our mental and physical health.

Chiara has been dialling in from Italy, where she has been in lockdown with her family.

"I normally love life in London, there's usually so much potential for adventure and new experience. I've definitely found the last few months hard and it's turned me inwards a bit. I am normally very sociable but have been struggling to explain how I've been feeling and have found that friends have quite different views on all this which is hard. I've loved being able to throw myself into conversations at the clubs, there is something really special about chatting on the phone - you have to really listen and that makes you absorb more. A chat we had about TV programmes finished with Tony and Harvey singing the odeon Saturday morning song, it made me smile for the rest of the day!"

Whilst these virtual alternatives to face-to-face clubs were brought in as an emergency programme, they are proving so worthwhile that there is definitely scope for them becoming permanent parts of the North London Cares programme going forward.

Meredith has to work very long hours at her job and this has often impacted her chances of being able to make face to face Social Clubs. She would love Phone-In Clubs to continue going forwards, as she's found them the perfect way to interact with her neighbours.

"As well as being more convenient for me the, Phone-In clubs are a brilliant way to spend an hour. Like everyone, I've found the pandemic incredibly challenging and being able to hear a friendly voice for an hour or two a week has given me something to really look forward to. I live by myself, so it's often been my only contact with someone else that wasn't work related." 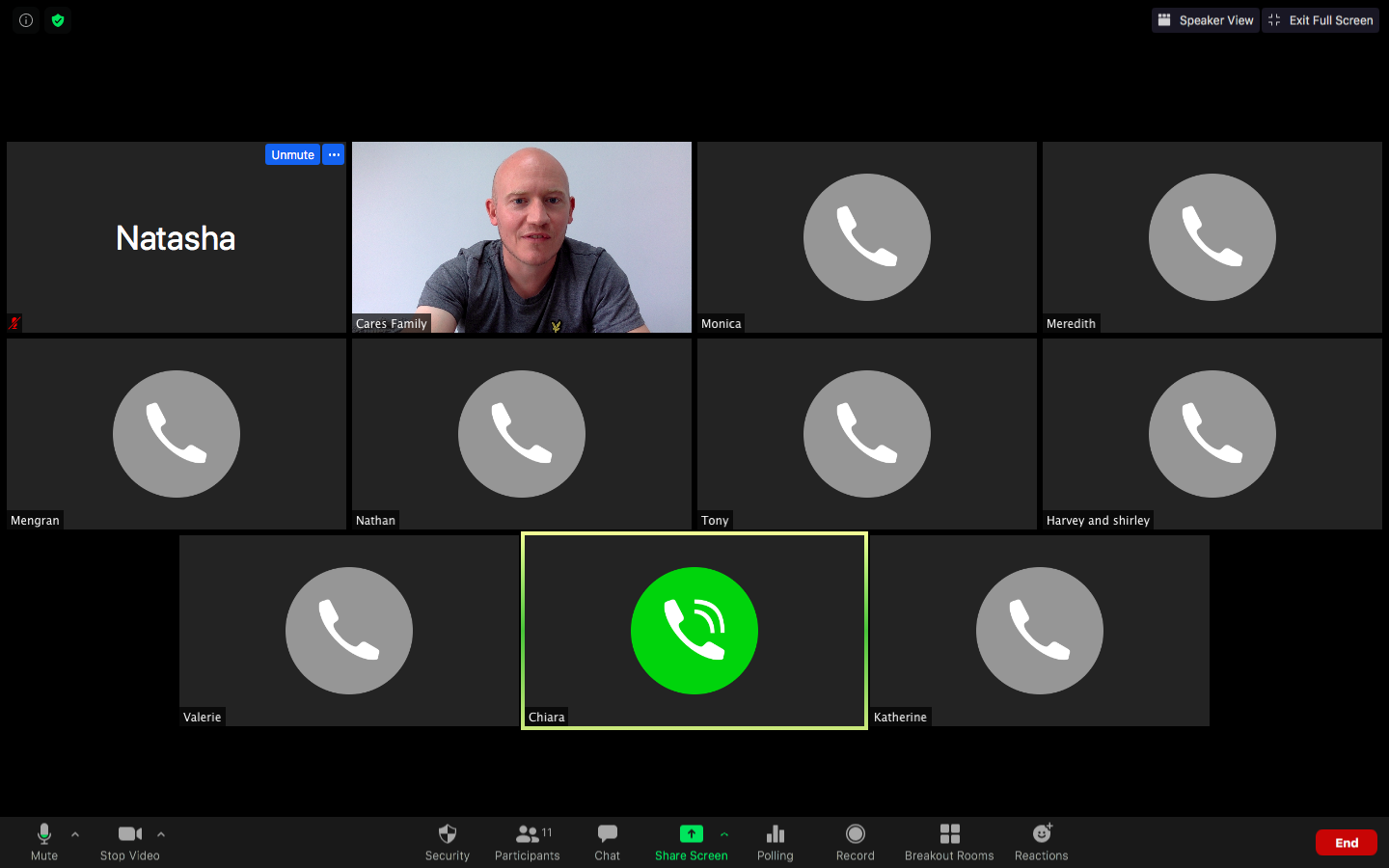 From ideal holiday destinations, favourite songs to our biggest regrets and the things we are most proud of, the Phone-In Clubs have given neighbours the chance to feel a bit of much needed normality during the last few months. At North London Cares our biggest priority is for everyone to feel welcome at our events and there's no better way to end this blog than with the words of Cheryl, a neighbour who has found a sense of belonging and friendship at a time that we all need something to put a smile on our faces.

"I've never met Valerie or Nish or Tony in person, but I feel like I have. It's given me a connection at a time when that's been hard to come by. It's really funny but I think of them as my phone family now and I look forward to what we are going to chat about next!"