North London Stories is back! Whilst the social club has been going strong, it's been a little while since we brought you some stories in podcast form. In fact, these particular memories go a little further than Camden and Islington, recalling neighbours' time growing up with their brothers and sisters. There are more discussions about family in the pipeline but first, enjoy tales of sibling rivalry and affection from Tony, Will, Emma and friends. 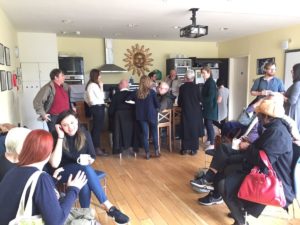 "She must have been so young. I do remember sitting holding her thinking I was ever so grown up!"

Emma recalls her little sis' arriving on the scene and how it made her feel that little bit more responsible. She tried to impress the new arrival too:

"I remember trying to emulate Pat Jennings, before smashing my head on the rockery and nearly knocking myself out!"

From one north London legend to another – Peter – who you've heard from in a couple of other podcasts, loves Camden after spending most of his life in the borough, though he grew up on the south coast, in extreme conditions it would seem:

"One year it snowed really heavily so one day we went down to the seafront and we thought we'd make a snowball and roll it back home before realising quite how big it would get. By the time we got it home it was bigger than both of us!"

Peter and his sister are close though didn't always see eye to eye as children ("It's her fault, she'd wind me up!"). A pretty common story that one, though do have a listen and get a glimpse into Peter's experience. 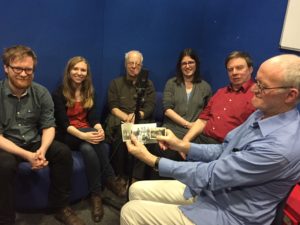 Similarly to Emma, Will's first memory was that of his sibling, who he's still really close to, joining the fray:

"I think my first ever childhood memory is that of my sister being born."

An exciting time of course and with the whole family turning up, a surprising time too!

And Tony tells a great tale of having to cover his sister's tracks as she found love in their local – these family members eh? Can't live with 'em. Certainly wouldn't live without them.

Get the kettle on, put your feet up and spend just a few minutes in the company of your Camden neighbours. So many friendships have been made in this social club held at Castlehaven Community Association. And it's lovely to share old memories as well as make new ones!