Not in fact a network of budding quiz show enthusiasts (Who Wants to be a Millionaire anyone?!), Phone A Friend was initially an emergency programme in response to the pandemic, bringing together two people, living nearby, stuck at home, for weekly check-ins and chats. Friends on our Love Your Neighbour Programme (some who have been pals since 2015!) have also had to switch their regular meet-ups for video calls and catch-ups on the phone.

But for our new pals, what is there to talk about with someone you’ve never met, in a global pandemic? Things we love, things we miss, frustrations, small pleasures, and shared experience.

Here are the top 5 topics of conversation that have been keeping us talking over the past year, from the conversations had by the 70 Older and Younger Neighbours on our Phone A Friend Programme in Camden and Islington, who have spent time getting to know each other on the phone each week. 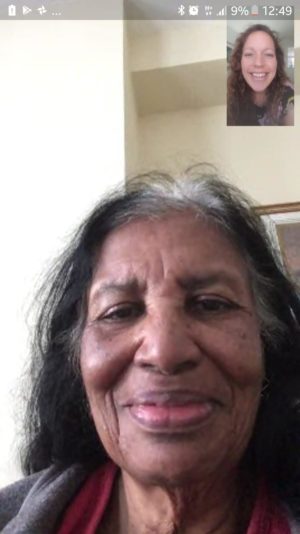 Take Sylvia and Juliet, matched up back in April, who have been learning more about each other’s family history:

“I asked her to tell me about her family history - I learnt that Sylvia's great grandmother migrated from Calcutta in India to St Vincent, and met the man who would become her husband. Sylvia's mother was the eldest of 12 children so she never went to school, as she was in charge of looking after her brothers and sisters. When Sylvia and her siblings were born, her Mother made sure they all went to school and got an education. Sylvia's mother and grandmother both lived to be over 100, with her grandmother or 'Ma' as she called her, reaching 105!” – Juliet.

Older Neighbour William has also been sharing his anecdotes with Maddy, who has been using his tips to encourage her own grandparents to write their personal memoirs.

Recipe sharing, top tips, and takeaways have kept us going.

Some favourites include: Lebanese Fattet hummus, the best bolognese, how to nail the spice level in a curry, and how to do a vegan Christmas. (Perhaps a North London Cares cookbook is in order?!)

Some neighbours were able to meet up when restrictions eased, so fish and chip dinners were a popular choice, delivered and enjoyed!

Avid readers or audiobook listeners have been sharing their weekly updates, and motivating each other to keep at it. Crime dramas seem to be a particular favourite. Mary and Lalana have been assigning each other recommendations each week!

“Mary taught me about some Irish authors that I hadn't heard of which was good fun” – Lalana, 25

Dawn and Peggy were matched at the beginning of April last year, and bonded over their love of books too. Listen to them both chat about their friendship here.

Discussing those we’ve lost, challenges with physical and mental health, and feeling down. Sharing a problem or hearing someone go through a difficult time at a distance, has been really hard. Sometimes even finding things to chat about has been tricky.

Yet, older and younger neighbours have spoken about the importance of talking and cheering each other up.

As one Younger Neighbour said: “We are still just chatting about life and have a good laugh!” 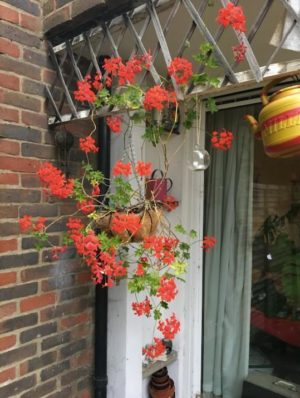 Daily walks around the block and sitting in the garden - some neighbours have even managed some doorstep meet-ups along the way too.

Constance and Jessica have been discussing their favourite gardening tips.

Other neighbours have been planning where they can first meet in their favourite spots in the park, or daydreaming of where they’ve been and where they’d like to go together next. 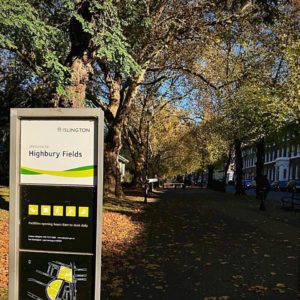 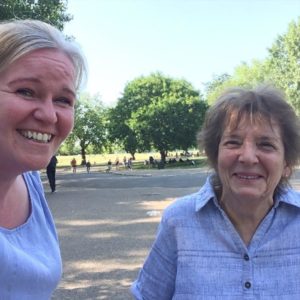 Other close contenders were: 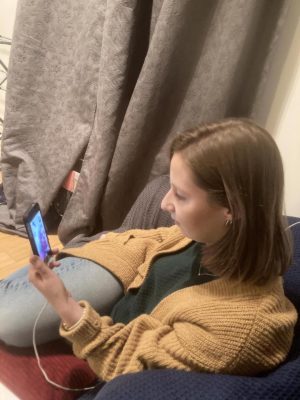 All in all, neighbours have shared nearly 400 hours of calls (not including the letters, baked goods, and postcards exchanged as well)!

So, what have Older and Younger Neighbours said about the programme?

Some have found new perspectives, others comfort in regular calls. Some spoke about having something to break up their week, and others have said they feel more motivated speaking to someone new . Each person’s experience on the programme is unique, just as everyone’s experience of the past year has been unique.

As we hopefully return to a ‘new normal’, we’re excited to see how these friendships might change and grow. What Phone A Friend has shown is that real friendship can form and flourish, even at a distance.

As Older Neigbour David, matched with Younger Neighbour Rory, said: “we’re like old friends, who’ve known each other for ages”.

Rosie coordinates the Love Your Neighbour/Phone A Friend programmes in Islington.