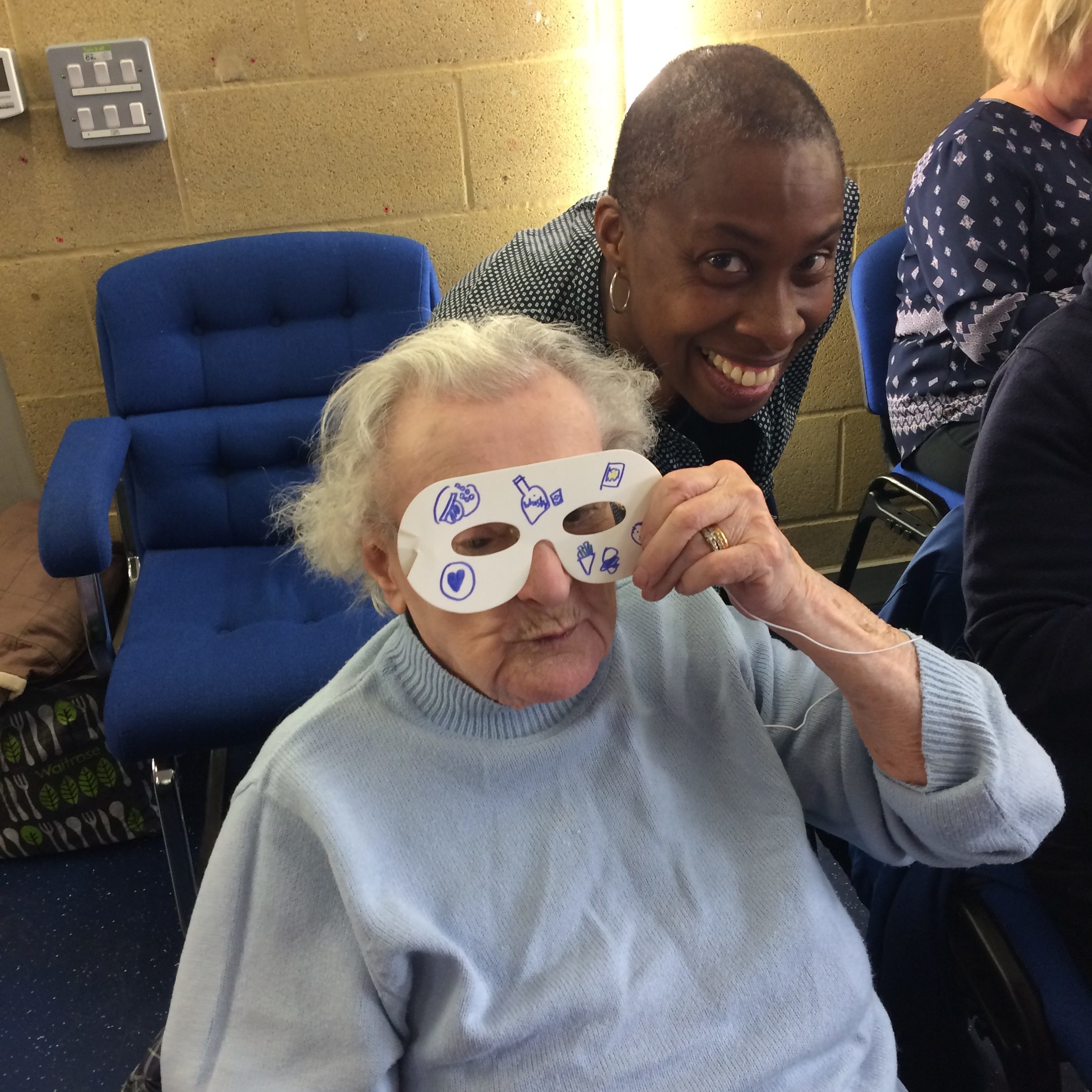 Laura takes a sip of her tea and her face crinkles into a knowing smile when I mention that I'm going to be recording our chat today.

"I still don't know why anyone would want to hear about my life, I've enjoyed it but it hasn't been very interesting!"

Having spent the last year getting to know Laura I know this couldn't be further from the truth. Laura has lived in Kentish Town for the last forty four years after growing up in Camden. Leaving school at the age of 14 she quickly found work in a tailors, a job that she really enjoyed.

"Oh I loved it. The shop was in Hanover Square and we were making clothes for people all over London. We even made the uniforms for Princess Elizabeth and Princess Margaret's nurses. I can still remember when they came to pick them up and we were all hanging off the balconies to have a look. Unfortunately all that ended when I was 19 and the war started, I had a choice of joining the army, the navy, becoming a land girl or doing war work in a factory. I'm a city girl, the land work was never an option, I'd have screamed if a chicken had come near me!"

Wisely deciding not to face her fear of poultry, Laura begin working in a factory in Brentford making gyroscopes to help the war effort. Travelling from Camden and back everyday was made more difficult by the constant threat of air raids and the need to get home in time to go into the shelter for the evening with her family.

"It's hard to imagine now but it was a very normal routine. Mum would make some sandwiches and a flask of cocoa and we would go down to the shelter till morning. I'd sleep down there and then head off to work in the morning. I never really thought about what was going on up there, you just hoped that it would all be ok. I really liked the factory work and we had a good giggle together. Of course when the war finished and the men came back we were all out of a job and that was that. One of the shop stewards in the next job I had didn't agree with us getting the sack so he set up a petition and we all marched to parliament. Trouble was, no-one thought of checking if there would be anyone there! It was all closed up so went for some lunch and then the pictures. I can't remember what we watched!" 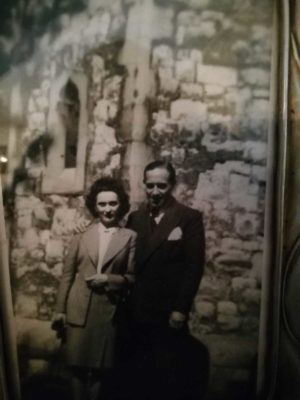 Laura's recollection of her next trip to the cinema are a lot clearer. She met a man called George at the factory she working in who was to become her husband. Their first date was to watch a Bing Crosby film in the West End and they never looked back. They were together until George died at the age of 52, leaving Laura and her son Bill, who had just started his working life, and had been offered a job in Saudi Arabia.

"When George died and Bill thought about moving out I realised that I needed to do something. I saw an advert for a cleaner in St Johns Wood, just a few mornings a week with a nice family. I did that for about another ten years and I really enjoyed it."

Outside of her life with George there had been another passion in Laura's life, ball room dancing. She'd attended classes as a teen and had then been too busy with other things. Now in her late fifties she realised there was a dance school just down the road offering over 30s lessons.

"I can still remember walking there for the first time and standing outside the door because I was too nervous to go in. I walked away and then took a deep breath and had a word with myself. I realised that I was going to have to pluck up a bit of courage and push open that door. I'm so, so glad that I did."

Laura spent the best part of the next fifteen years dancing and even now she will settle down to watch an episode of Strictly with a big smile on her face as it brings everything back. She's got the medals and the certificates she earned but most importantly she's got the memories of floating across the dance floor and the feeling of really being part of something. 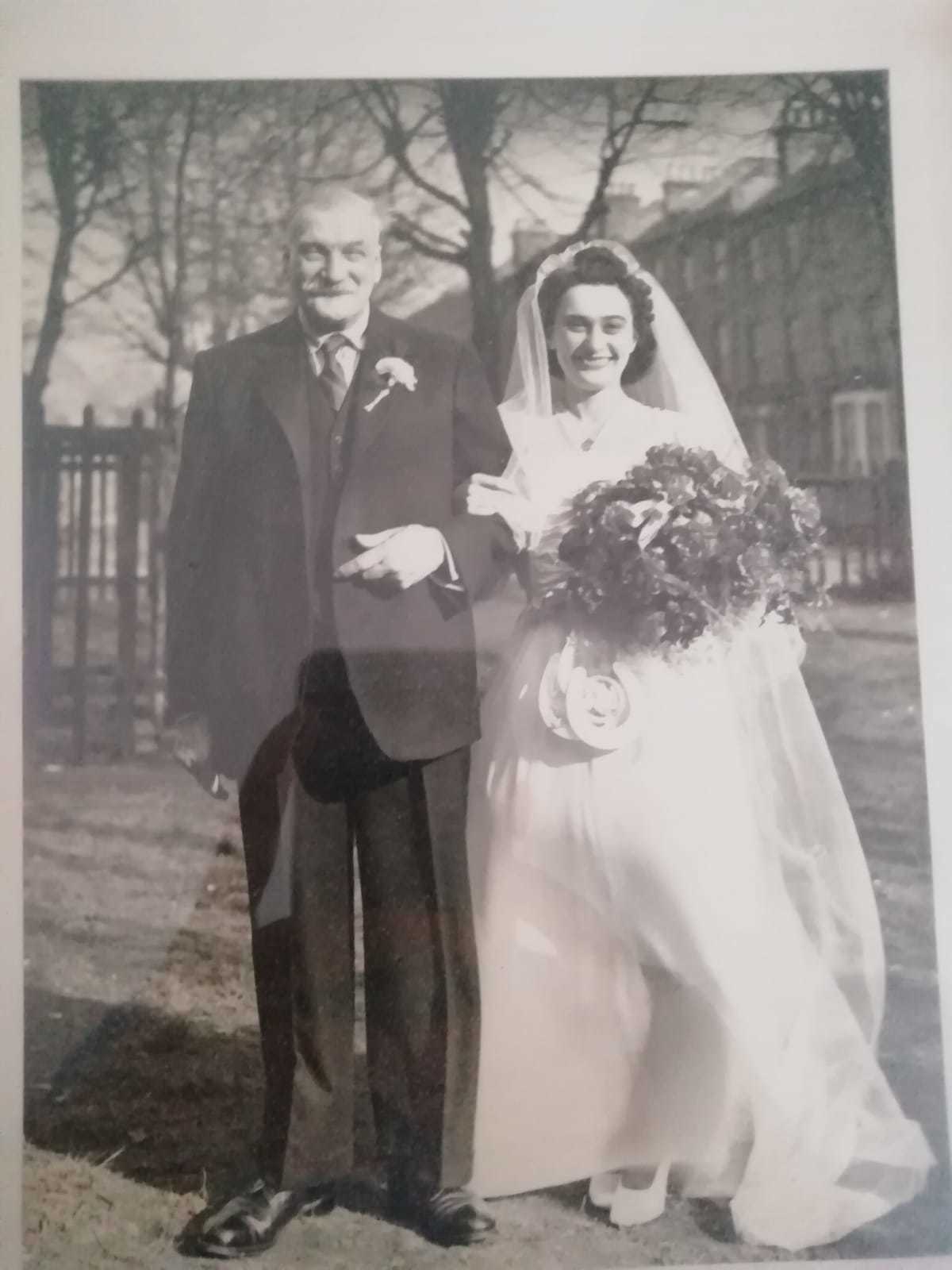 After retiring from work and eventually having to stop her beloved dancing, Laura was again looking for something to be part of. She started attending sessions at a good neighbours group in nearby Ingestre Road and found yet another lease of life.

"Oh we had an absolute ball. We'd go to the Ritz for afternoon tea, we had trips to the seaside, we even went over to Paris for the day on the Eurostar! Sadly, like with most things the funding ended and it all finished. By then though I'd met Laura from North London Cares who used to come to the club and show films. They started doing events down the road in the Kentish Town Community Centre so I went along to have a look. I go there every Wednesday and it's aways different. It's lovely to meet new people at the age of 97, there's still a bit of life in this old girl yet!

Modest as ever, what Laura doesn't realise is how much joy she's brought to the many people who've met her in Kentish Town over the years. Her engaging cackle and warm manner have helped to relax so many new neighbours and her kindness and ability to make everyone who meets her feel at ease have helped to make so many social clubs so memorable. As we start to wrap up the interview I ask Laura a difficult question, which part of her amazing life stands out as the happiest so far. To my surprise she answers instantly, without seeming to pause to think.

"Oh thats easy. If I could go back to a particular point it would be my early thirties. George was still here, my Mum and Dad were still here and we used to go up to Parliament Hill to watch a band play with Bill in the pram. On the way home we'd stop off in the pub and have a couple of drinks. It probably sounds boring now but it was a lovely time. Simple pleasures eh?"

And with that her lovely laugh rings out around the living room of her Kentish Town home. There's nothing simple about the pleasure Laura has brought and continues to being to everyone that knows her. I leave her sat in her chair, eyes closed with a sleepy smile on her face. No doubt she's back where she belongs, gliding across a dance floor in her absolute element and inspiring everyone who meets her to not be scared of opening a new door. Because maybe just behind it is everything you've been looking for.