Being first introduced to North London Cares through a Cocktail Making Social Club, the UCL RUMS students soon realised the importance of social connection and integration for their older neighbours and themselves. They really enjoyed the evening and from it they decided to fundraise for North London Cares to help keep the conversations, the laughter and the joy going across Camden and Islington.

Initially, the thought of a combined fundraising target of £800 was very daunting but they were determined that they could do it - and they did! By giving themselves plenty of time and reaching out to the support of their family and friends they smashed their target by £200 and raised an amazing £1008! 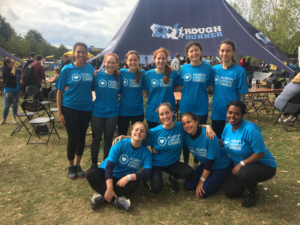 Speaking to them Raquel told us:
“The run itself was so much fun - we all stuck together as a team and encouraged each other as we got more tired towards the end! We ended the race more wet than most of us expected but with big smiles on our faces. It was a great team bonding activity, especially seeing as most of us hadn’t seen each other all summer.”

“The Rough Runner was so much fun! I’d never done a race or an obstacle course before and it was a perfect first try, and an added bonus that we got to raise money for such a good and caring charity”

“The Rough Runner was such a fun event! The North London Cares team supported us all so much on the day and throughout the fundraising process which made the whole experience even better.” 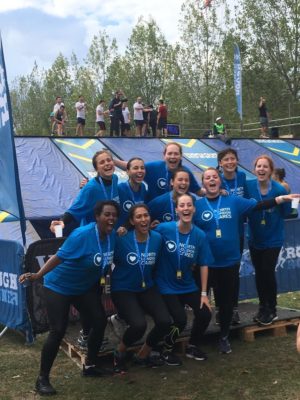 "All in all, I would really encourage any university club/group of friends to participate in a charity run for North London Cares. It was a great way to have lots of fun, while also helping to fundraise for community projects for our older neighbours!"

Interested in taking on a group challenge for North London Cares?

We have spaces available in Rough Runner 2020 on 18th/19th April.
No registration fee and the minimum fundraising target is £100.