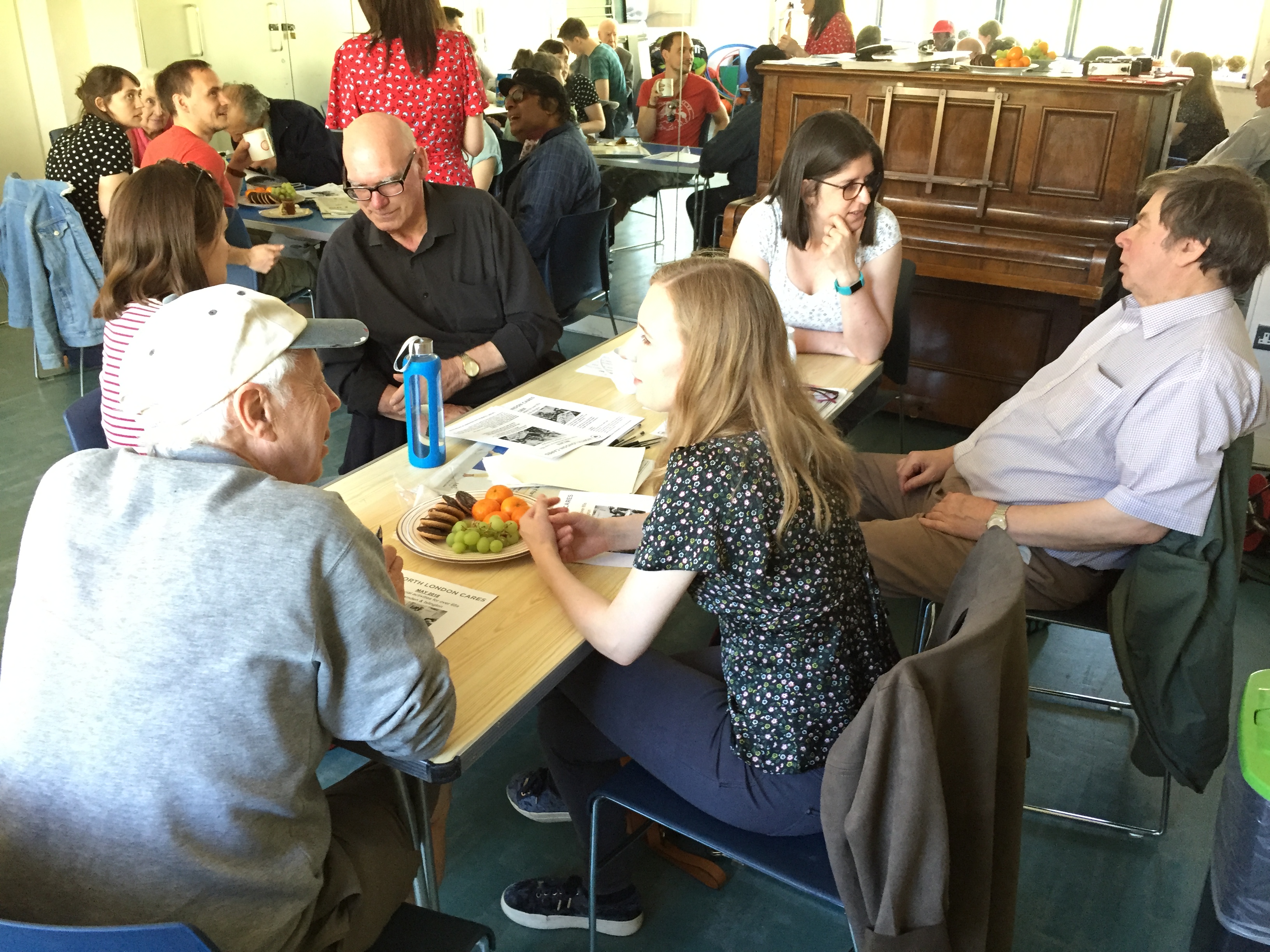 I signed up to volunteer with North London Cares five years ago. When I first started I attended a variety of different social clubs depending on when I was free, but a couple of years ago I had a free Saturday and have always been interested in listening to and recording family stories so thought I would go along to North London Stories.

Mike, who ran the club welcomed me. I chatted to Lil, who I had met before, and then when we went upstairs was introduced to Ray, Sonia and Tony – that moment changed my life.

We had such a laugh and I quickly learned that Ray was a great storyteller, Sonia had a wicked sense of humour and I loved Tony's Irish accent which reminded me of my Nan who died over 20 years ago. He even knew the small village she was from. 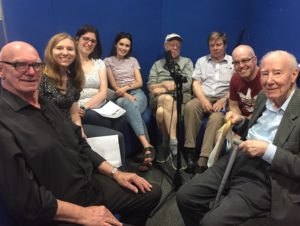 We shared stories while we waited to go into the studio and then went in groups to record our tales. I was hooked and knew I wanted to go again. I did and sat with my new friends who welcomed me back like an old friend. I knew I had made it when Sonia told me I was ‘alright for a young person’! I stopped making other plans when I knew the club was on and it quickly became a highlight of my month - I even started missing my team's TV matches to go which is most unusual. I’d found my club.

As Mike was often upstairs setting up I’d make teas downstairs and would try to make everyone welcome. Soon there became a core group of regulars who became my good friends – Annabella, Mike, Peter, Betty, George to name a few; volunteers too, like Becca and Fran. I had met an older neighbour named Harry at other clubs so I encouraged him to come along – he soon became a regular too! 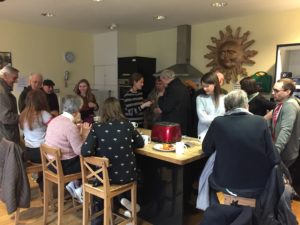 What I love about North London Stories is that while there is a core group of regulars we also get a steady stream of newcomers and everyone is made to feel very welcome. We  get to hear some fascinating stories about our local area and amazing achievements of our friends.

It is also clear that despite decades of age difference we are so similar, whether that be in interests, sense of humour or locations. I encourage everyone I meet to join The Cares Family and I explain it's a catch up with friends old and new and is life enhancing.

Please don't think myself and the other younger neighbours are doing something worthy. We are simply having organised fun with people we wouldn't otherwise meet and our lives are improved as much as the older neighbours' lives. I have personally seen first-hand how it improves wellbeing and confidence for everyone. Being part of something is important for us all and we are so lucky that now we have changed from a social club to a family, like so many clubs. 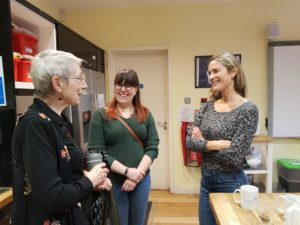 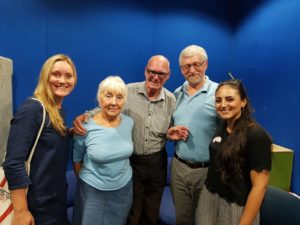 When Mike, who ran the club, left North London Cares to move up north, I offered to run the club on behalf of the charity. It was such a supportive group, I felt comfortable that I could host a session. The first one went well so I decided to try something different and asked the gang if they fancied running it as a collaboration between the generations.

There was lots of interest so we agreed to meet up in between clubs and discuss the way forward. We came up with a wealth of possible topics and different ideas. We have now been running the club for 6 months and it is getting harder to get everyone to leave at the end of each club! 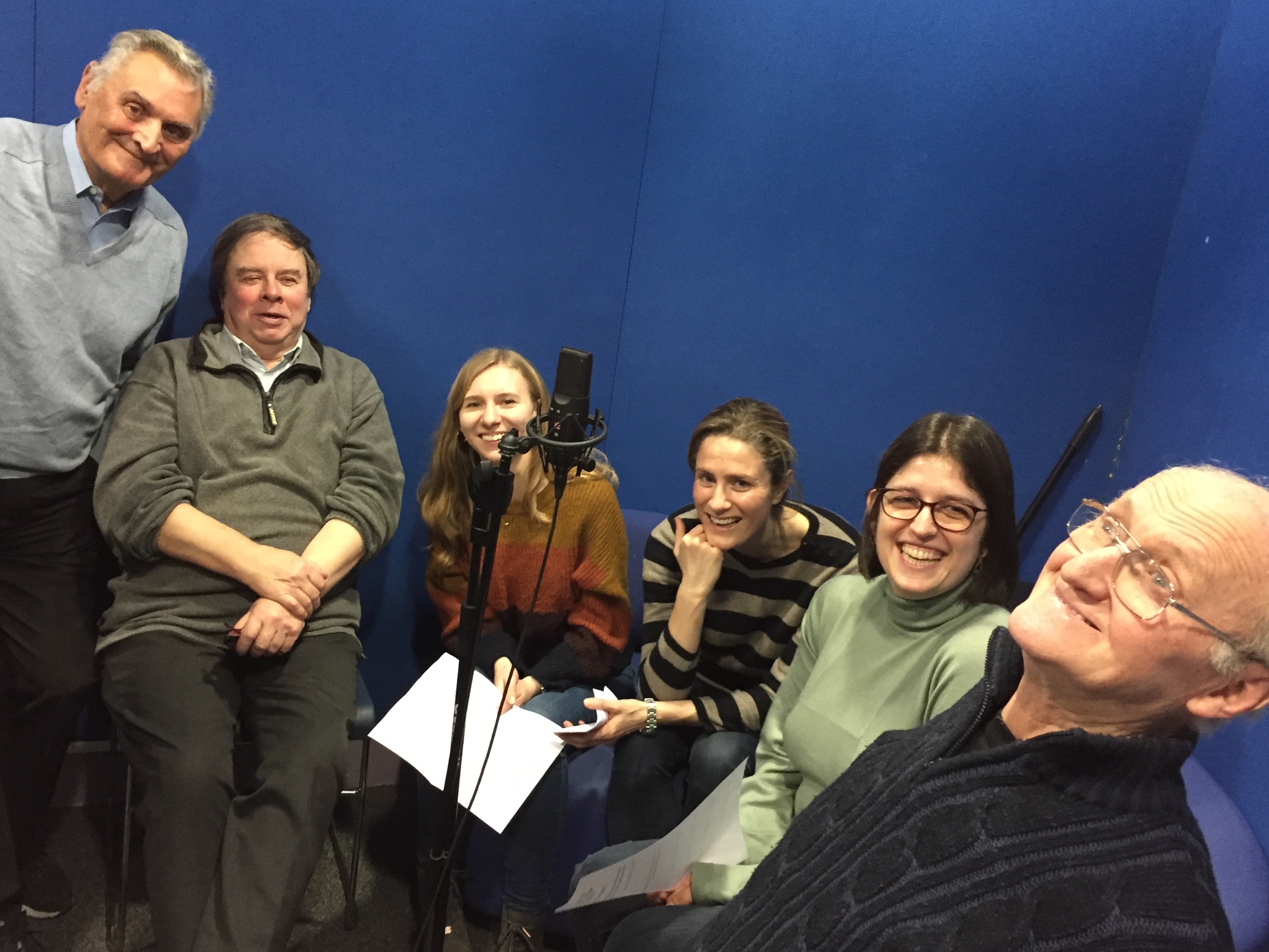 We now decide on the topic a month in advance to give people the time to think about what they want to discuss and in case they would like to bring in any relevant items. We also encourage different people to lead the session and it was very apt that this month Ray, who is a wonderful storyteller, lead the discussion on our favourite stories. 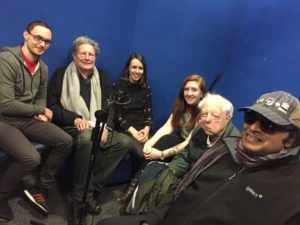 We are also encouraging people who are perhaps not fortunate enough to live near a Cares Family or who might be housebound to participate via social media. We are in the early stages of this but hope you will join us and help spread the magic. If you are in north London why don't you join us in person, on social media or listen to the podcast. Click here to find out more.

While it's great for regulars and our families to listen to the stories via the podcasts I have also shared it with people I know are feeling low: they too feel it is a tonic. 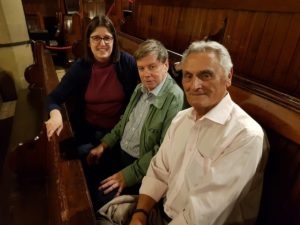 Our friendships extend beyond our monthly catch ups. There are quite a few neighbours that I regularly speak to in between clubs, as well as some I meet up with – they are some of my best friends.

North London Cares and the expanding Cares Family have vastly improved my life and I can never thank Alex enough for coming up with this brilliant idea and making it into the most amazing reality.

Emma is a Volunteer Organiser for North London Cares and hosts our monthly podcast club.